Top 10 Architecture Photographers You Should Know 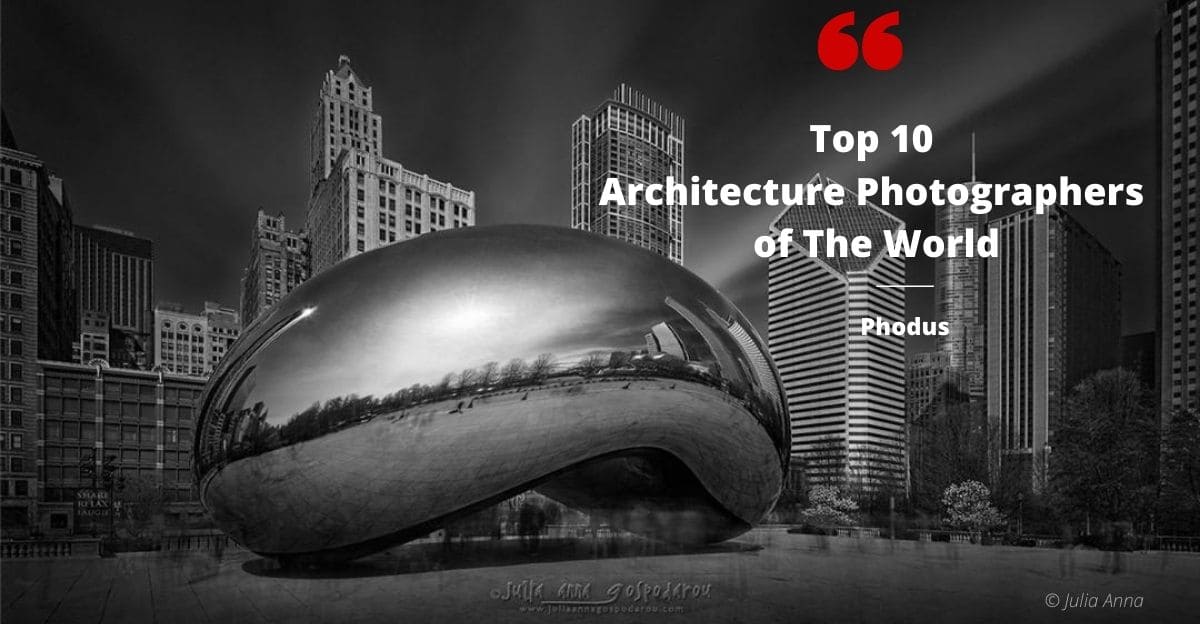 Your camera loves the Architecture

Architecture photographers fall in for the infrastructure. How big or small the architecture is doesn’t matter to them. They know how to capture it in their small magic box.

They are the voice of the people, the buildings, bridges, structures and whatever had been made by the humans.

They show the technologies, development, growth, and sometimes history about the infrastructure through their lens.

Top 10 Architecture photographers to get inspiration

Iwan Baan is the street photographer born in 1975 and grew up outside Amsterdam. He studied photography at the Royal Academy of Art and also worked in documenting photography and publishing in New York and Europe.

He is a Dutch photographer who is known for his images that tell life and interaction with architecture. His love for photography arose when his Grandfather gave him a camera on his twelfth birthday.

Back then who knows he will become what he is today. After his studies in photography, he continued his interest in documenting photography. Before falling in for architecture he has worked for many types of photography.

Without further training in architecture. His artistic approach has become the voice of what you see around yourself built.

He has worked with world-renowned architects in many different projects in different countries. He has got many awards and images featured in books, Magazine and other publications.

If at any point you have a love for architecture photography and want to explore and learn more about it. You should follow his work and pattern for working professionally.

Andrew Prokos is a New York-based architecture photographer who is also known for his fine artwork. Which visualize the interconnection architectural elements and urban views.

He is an expert in capturing high-resolution images of city escape in New York City and also the other cities around the world. His Images produce astonishing details which lead to producing large format prints.

He is an elite person in long exposure photography techniques. He opens up the exposure for 10 minutes to capture the subject. Which helps in creating a very high definition and detailed images.

That is used in large format prints and publications. His photography has been published in several platforms and has received multiple awards.

He has clients in several industries like advertising, design, property development, and other industries.

He is a voting member of the “ American Society of Media Photographers”.

To know more about him and his work style go check out his galleries. You may learn something that will help you grow in your perspective.

Sebastian Weiss is an Architecture photographer based in Germany. His works show the reflection of the buildings and the details of its shape. He is a member of the professional association of freelance photographers and Film creatures.

His work has been published in many magazines and books around the world.

You can follow him on the following platform to learn and explore.

Julia is an internationally acclaimed Architecture photographer. Also known for her teaching and taking workshops around the world. She is the recipient of multiple awards.

At her young age, she was passionate about expressing herself artistically through drawing, architecture, and Photography.

Julia Anna is the founder of (en)visionography. A platform to define a new way of creating fine art and photography based on their vision and experience in this digital age.

Her work is represented in many exhibitions and art galleries.

Mike Hollman is an architecture photographer. Who has traveled the world to capture the beauty of culture, landscape, nature, people, and culture?

He is based in Auckland, New Zealand has. He has 20 years of experience. Currently, a commercial photographer specialized in:

He is recognized as the grandmaster of photography with the New Zealand Institute of photography. His passion has earned a lot of awards and recognition.

Sergio Castiglione is an Argentine Architecture photographer. He traveled several cities around the world, to document the metropolis from his artistic point of view.

His works focus on architectural, Urban, and travel photography. His work has been exhibited in Argentina and many places around the world.

His work is published in many places around the world.

To know more about him and how he had made it so far. Go check out his profile. Learn and grow.

Duccio Malagamba is an Italian architecture photographer. The architect turned out to be a renowned photographer. He has more than 25 years of experience in this field and has been recognized with many awards.

His works have been published in magazines and different publications all over the world. He is awarded 5 times with the “Lux National Photography Award” which was presented by the “ Spanish Association of Professional Photographers.

He was the runner up in the architecture photographer of the year 2013. He has worked with many renowned architects like Herzog & De Meuron, Alvaro Siza Vieira, and many others.

After graduating in Architecture from the University of Genao. He has moved to Barcelona for further studies and a career. Later his interest in photography began to bounce out and his photographs started getting recognition.

His work has also been exhibited and showcased in museums and art galleries.

Mike Kelley is an Architecture photographer based in Los Angeles, California. He has a love for airplanes also.

He wanted to be a snowboarder but become a famous photographer.

After graduating from Art and Environment Science from the University of Vermont. He, later on, moved to Lake Tahoe, California to pursue his career as a snowboarder. But after a few years of struggle and challenge, he discovered photography and got stuck to it.

He has worked with many reputed clients one of them is Tesla. His work has also got published in many magazines and reputed publications.

Apart from photography, he has produced a short film in architecture. In 2013 he was awarded the best architecture short film”.He has also done solo exhibitions in different places.

After 5 years of working as an architect between Switzerland, Netherlands, and Italy. He transformed into a photographer and decided to dedicate his life to photography.

A self-taught photographer, who tries to reveal the feeling and environment of the space.

He travels the world to work with different architects and editors.

There are many Architectural photographers around the world. But due to the limitations of selecting. I have selected only 10 among the many.

If you are a beginner photographer or passionate about architecture photography. You have the opportunity to get inspired and learn from them.

If you have any questions feel free to comment below. I would love to hear from you.

Are you found of other type of photography. Than check this out:

Top 10 Wildlife Photographer of the World