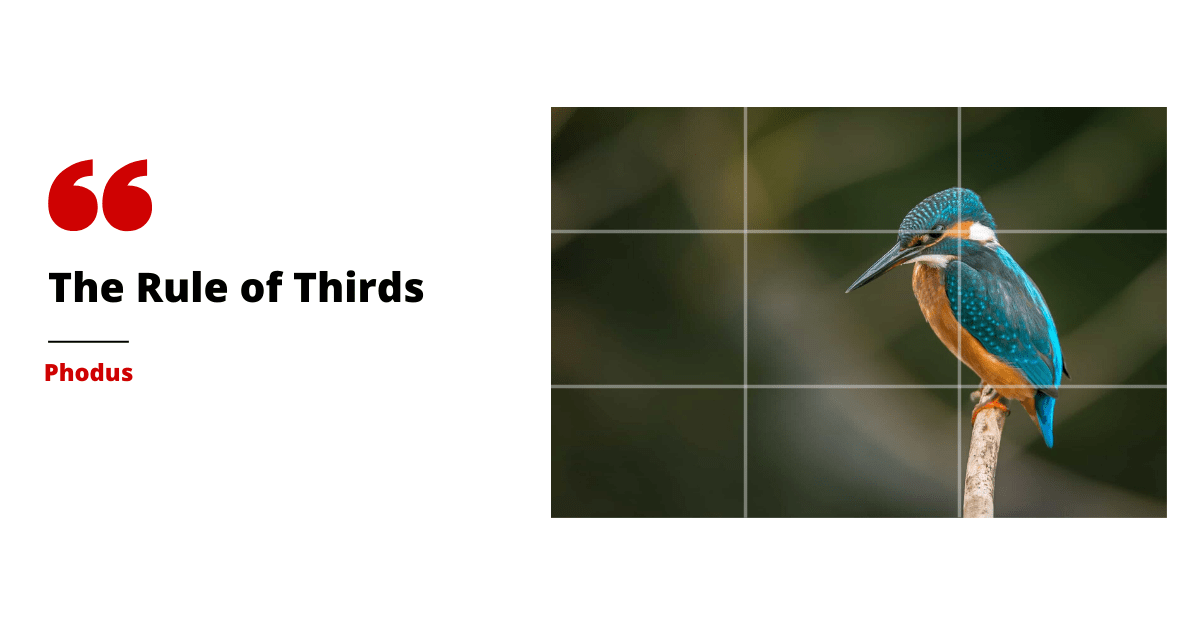 Learn it to break it

The Rule of thirds in photography is one of the essential rules. The most common rule which makes your photographs more attractive. Even if you don’t know about it, sometimes you end up following this rule in your pictures.

You can learn this rules after learning the Exposure triangle. Which helps you to have command over Shutter Speed, Aperture and ISO.

The name sounds difficult but it’s very simple to understand and to execute. It won’t take much time to understand this technique. The point here is you have to practice it to bring it to your photography habits.

Even studying about it, many people don’t implement it in the pictures.

Speaking with my experience if you follow this rule your picture will fall apart. You can find a frame in an unusual situations.

Let’s jump into the information but before that let’s talk about a few things;

The frame is the structure of your photograph. The pictures you click are always rectangular. It is because of the shape of the image sensor. The frame can be vertical as well as horizontal.

The process of deciding your frame is framing in photography. It means whatever scene you want to capture in your photo comes under framing.

Composition in photography means “whatever things you want to add or adjust in your frame”. Which will make your photo look more appealing or fulfill your photographing needs.

“The scene you add in the frame to make it more beautiful and meaningful”.

What is the Rule of Thirds in Photography?

Rule of thirds is one of the most essential composition techniques in photography. It is the process where you divide the frame into 9 parts. By drawing two horizontal lines and two vertical lines.

These lines will form four intersection points after dividing the frame into thirds. (both horizontally and vertically).

Now, this rule says while photographing. Place your subject/point of interest in the point of intersection or nearby it.

You can also place the point of interest in any of the lines(horizontal or vertical). According to your needs to make sense and achieve a balance and Interesting picture.

It’s not necessary to place your subject on the lines. You can keep it somewhere close to it.

“It means while photographing place your point of interest in the intersection point or on those four lines”.

This rule makes the most natural way of viewing the frame and creating the picture. In general when you see a photograph. Your eyes usually go to one of the intersection points.

How to Use the Rule of Thirds?

While capturing the scene you can make the rule of thirds grid in your mind. In many digital cameras these days. You will find the overlay grid in the viewfinder.

So while taking a picture place your point of interest on the intersection point or alone the four straight lines. You can make it somewhere near to those lines.

How to use the rule of thirds in different types of photography?

Rule of thirds in Portrait shoots

In portrait photography, the main focus is usually on the subject’s face. You can place the model in the vertical line. And make the eyes the point of interest putting in on the intersection point.

You can use negative space to make a balanced composition. Which makes the picture look natural.

It gives sense to the picture and looks like a balanced image.

Rule of thirds in landscape Photography

Landscape photography looks mesmerising when you follow the rule of thirds. When you are up for such situations. Keep the horizon on the horizontal line or nearby it. And place the point of interest on the intersection point or the vertical lines.

You will end up producing wonderful pictures. Never forget to create a frame and by using the rule of thirds you will get amazing composition.

Rule of thirds in Street Photography

If you follow the rule of thirds in street photography. You can achieve creative photos. You get many objects to add in your composition to give a sense to the picture.

Rule of thirds in Wildlife Photography

Like all others, the rules apply the same for wildlife photography. When you click a wide-angle shot. You get a chance to use the negative space. Place the point of interest in the intersection point or on the lines.

How to fix the rule of thirds in post-production

Often you click a picture that is very good in quality but miss the proper frame. You need not worry about that. There is a lot of software to fix such things. The best is Lightroom and Photoshop.

This software provides a rule of thirds grid. Where you can crop and reframe your photographs. You can crop it in such a way that your point of interest will fall under the rules.

In the Lightroom press “R” the grid will appear on the screen. Now you can crop it according to your needs.

It is not always necessary that rules of thirds bring better composition. Though it makes the picture look more balanced.

While learning you followed the rule and now you know how to use it in your pictures. It’s time to break the rule.

Rules are made to be broken. Yes, you can break the rules but only when you know the rules. See the below picture. It’s such an astonishing picture clicked by Joshua. Though he has not followed the rule of thirds. Still the picture is well balanced.

So first learn and Practice. The rule will help you to become a known photographer. When people start calling you an expert. Then jump into the experiment world and start breaking all the rules you know.

There are many exceptions to the rule of thirds. In which you have to break the rule to achieve the needed photographs. While taking a standard headshot.

So know that you know the Rule of thirds in photography. It’s your time to hold the camera and press the shutter. You have learned how to use it in different types of photography. And also when to break the rules.

When I started, I wasn’t aware of anything in photography but people used to like my clicks. It was because of my framing techniques and unknowingly following the rule of thirds.

Now before you start breaking the rule first learn and practice it. It will make you a popular photographer.

If you still have any questions. You can ask me by commenting below. I would love to hear from you.

Why is it called the rule of thirds?

Because it divides the frame into three(thirds) parts vertically and horizontally both. That’s why it is called the rule of thirds

It’s up to you until and unless it’s not affecting your images. This rule is the natural way of seeing the picture. Which makes the picture more appealing. If you are an expert you know where to break the rules.

What is a negative space in photography?

While framing a scene utilizing the unwanted space to create appealing pictures. Using a negative space adds value to your photographs.

This rule is best for which type of photography?

This rule is universal for all types of photography. This rule is also used in filmmaking and painting.

Are you a beginner photographer i bet you will love these information: