Sony A7S III to be announced in June Rumors 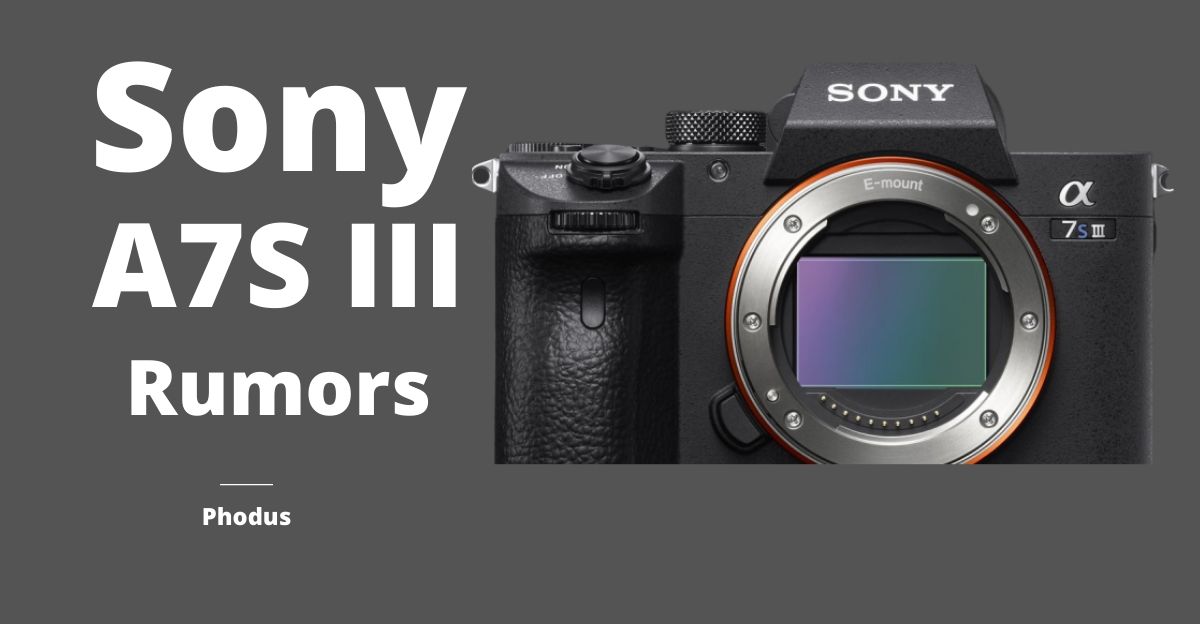 Sony A7S III is going to announce its Full Frame Mirrorless camera in June 2020 as the Rumors are predicting. I have got the news from multiple sources.

Sony officially hasn’t made any announcement till now about the A7S III. Though I have got information from internal sources that Sony is going to announce the successor of Sony A7S II. On June 26, 2020.

Sony Rumors says it will be A7S III. We hope Sony will not give any surprise and launch the same as predicted by the Rumors.

Canon has officially announced the development of the Canon EOS R5. Which is going to be their flagship mirrorless camera. The till now announced EOS R5 specifications says it will have an 8k video recording.

Sony may also launch its A7S III with 8k video recording as the competitors are on the way like Canon R5 and Nikon Z9.

Check out the Sony Specification as predicted by the rumors.

There is no official announcement of its launch and specification by Sony. It’s the leaked and rumored predictions we are sharing with you.

We can just analyze and predict the Price of Sony A7S III by comparing it with previous products and competitors’ products. Also by the market analysis.

Along with the Sony A7S III announcement it is also rumored that Sony will launch the FE 12-24mm f/2.8 GM lens.

These are the rumors. Till then let’s wait for sony to announce these products. We hope it to get launch in June 2020.

Stay tuned for the latest Sony camera news and Reviews. Also, check the Sony A7S III review if it arrives.