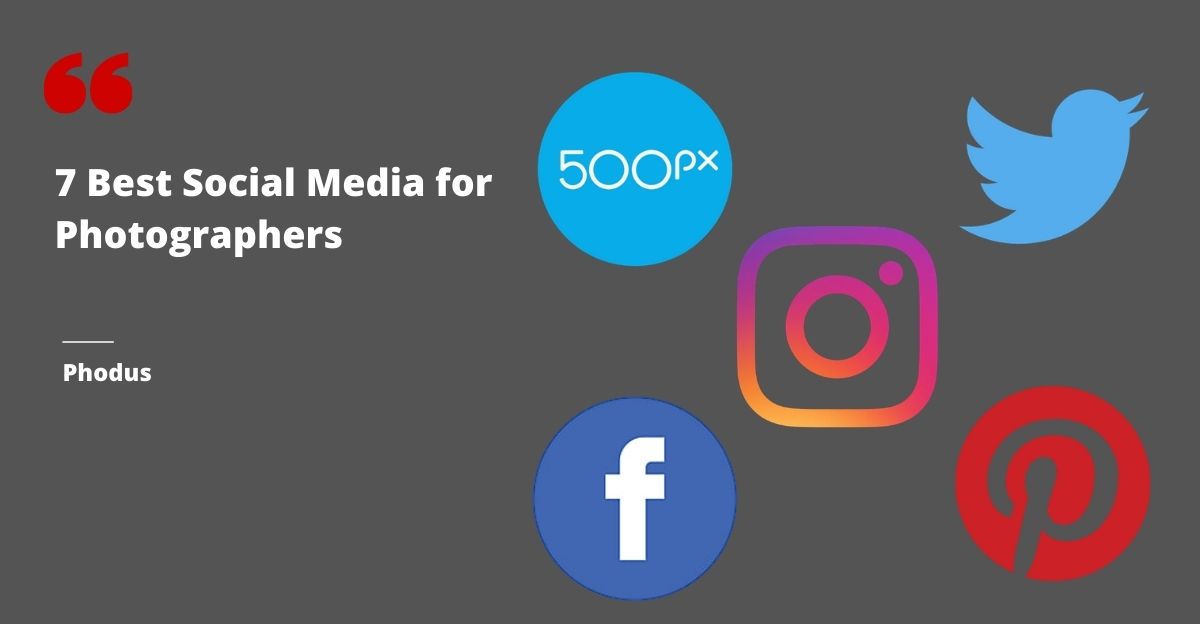 Let the world know your Skills

Social Media for photographers is the best medium to learn, explore, grow, and promote their works and photographs.

This is the era of social media for any Industries. The attention of mass is over these platforms. Today everyone is a photographer that is due to smartphones and Social media. The platform to share your pictures that can be seen to millions of viewers instantly.

The growing technologies have made everything quick in social media. Today millions of users are active in it and it has become part of our life.

It is a tool to waste your time or an opportunity to get your success. The choice is yours. So for serious photographers, it is a value to grow and accomplish your goal.

Instagram is one of the best photo and video sharing apps. It is a platform for photographers to share their photographs and videos to the world.

It helps in increasing your reach and building an audience known as followers in this app.

It was developed by Kevin Systrom and Mike Krieger and now it is owned by Facebook. It was launched on 6 October 2010.

I choose Instagram as the best Social media for photographers. It is accessible, quick, and easy to share.

Facebook is bigger and wider than Instagram. It is a social media platform not only for photography but for all Industries and people. But it has the main features of sharing photos and videos.

It has the largest user base in the world.

Flickr is an America based photo and video sharing website popular for uploading high-resolution pictures by beginners, Amateurs, and Professionals.

Pinterest is also an American Image and video sharing of Social media. It is designed to share information on the internet using pictures, videos, and GIFs.

Behance is a social media service provider owned by Adobe. This is another social media for photographers to share their images and videos.

It was Created by Scott Belsky and was launched on 6 November 2005.

Twitter is a news sharing social media platform. But it also has the features of sharing photos and videos. This works pretty well for photographers and can generate huge traffic.

It is also an American social media to share its messages through tweets. It was founded on 21 March 2006 by Jack Dorsey, Evan Williams, Biz Stone, Noah Glass.

500px is an online photo-sharing platform and social media for photographers. It is based in Toronto, Canada. It was founded by Oleg Gutsol Evgeny Tchebotarev and was launched in October 2009.

There are many more social media accounts available online. But here on this list, I have shared the 7 best social media for photographers.

These days you can see everyone is a photographer and utilizing these mediums to increase their reach.

If you are a photographer and want to grow your audience you should make an account on these platforms and start sharing your photographs.

If you have any questions regarding the post then feel free to comment below. I would love to hear it from you.